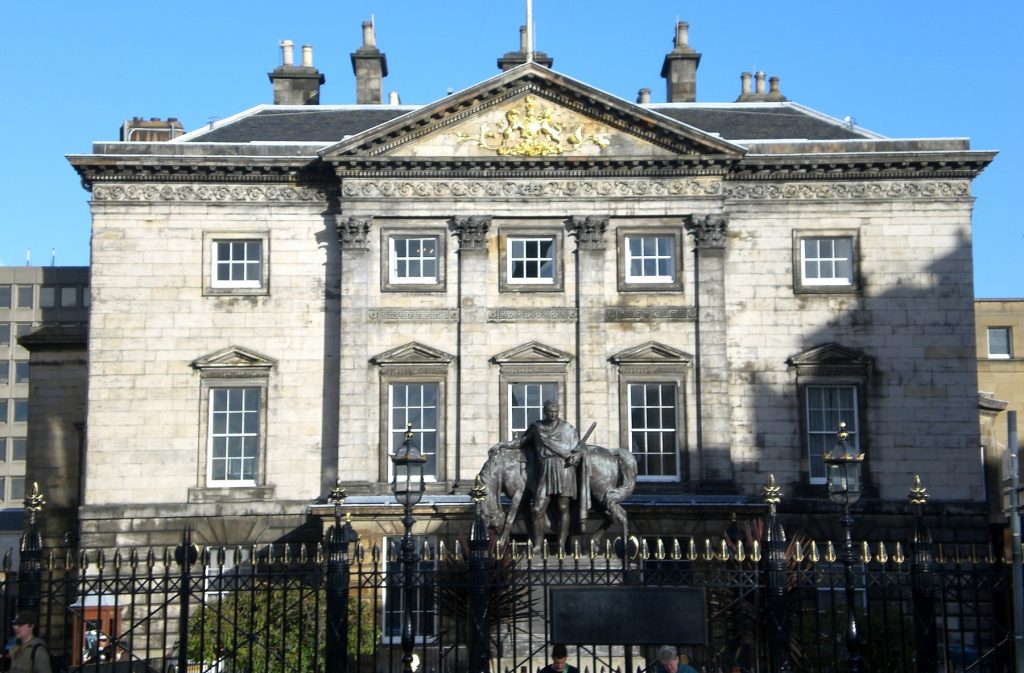 Edinburgh’s New Town was the most ambitious development project in Scotland, and one which sealed Edinburgh’s place in the Union as a forward-thinking city to rival London and other European capitals. Edinburgh builders, Mackenzie Hughes takes you through the key stages of the building of Edinburgh’s New Town and explains why it was a masterpiece of European urban planning.

The seeds of change from humble beginnings

If you were born and raised in Edinburgh, it is likely that you will take the New Town for granted. Sometimes we need to see it through fresh eyes to be reminded of how lucky we are. Edinburgh is one of the great cities of the world – truly unique in its natural landscape. Two hundred and fifty years ago our city underwent a great change. And, the seeds of this change came from humble beginnings.

Edinburgh was still a medieval city during the early Georgian era. In the eighteenth century around 40,000 people lived cheek by jowl within its walls – most of them, on one volcanic ridge from the castle to the eastern city gates. Our MP’s had gone, having moved to London in the wake of the Union of the Parliaments. Edinburgh was now struggling with its identity and its role in the United Kingdom. Then came the Scottish Enlightenment. Open-minded and educated Scots travelled to Europe and witnessed a change in thinking – a willingness to question what had been accepted as the norm for hundreds of years. Religion, science and philosophy all came under the microscope. They brought these ideas home and Edinburgh became a became a hot-bed for intellectual discussion, and anyone who was anyone, wanted to live there. As a result it became overcrowded, and a solution had to be found.

In 1767 Edinburgh Council embarked on the most ambitious building project ever seen in Scotland. Land was bought to the north of the old town and a competition held to design the structure of this ‘New Town.’ It was won by a young architect – James Craig – although his original plan was altered before being approved. The design also received the royal seal from King George III and Queen Charlotte. The grand plan for Edinburgh’s New Town included a grid-style pattern with street names chosen to reflect both the Hanoverian monarchy of the day, and the Union. Queen Street, George Street and Princes Street (named after the King’s eldest sons, George and Frederick) ran from east to west.

St Andrew Square – the starting point – was at one end of George Street with George Square at the other.

While Craig laid out the plan for the New Town streets, he didn’t designate plots for individual buildings. John Young was one of the developers who seized his chance to exploit this loophole. He secured land east end of Thistle Street and the first New Town house was built. Thistle Court faces inwards across a courtyard which, at the time of construction, went against the intentions of the plan to have the homes in terraces facing the street. Although not as grand as other Georgian townhouses it’s a significant piece of architecture which endures to this day.

The previous RBS HQ on the east side of St Andrew Square began life as Dundas House. William Chambers build it in the Palladian style for Sir Lawrence Dundas on a site earmarked for a new church. Craig’s vision of symmetry was scuppered. St Andrew’s church was relocated to George Street. Lawrence Dundas became a director of the Royal Bank of Scotland and Dundas House was sold to the financial giant after his death.

Just across the road from Dundas House, at the centre of St Andrew Square, stands the Melville Monument. It was built in memory of Henry Dundas, first Viscount Melville and a relative of Sir Lawrence.

The New Town development was by now, well underway – but something was missing; there was nowhere for public social gatherings. The Assembly Rooms in the Old Town were considered to be too small therefore new ones had to be built. The council donated land in George Street but there was no cash for the building itself. £6,000 was raised for the project through public subscription and the Assembly Rooms were completed in 1787. Nowadays, the Assembly Rooms are still used for their original intended purpose and are a hub of the Edinburgh International Festival.

Much of the stone for the building of the New Town came from Craigleith Quarry, to the west of Edinburgh. The stone, dug manly by hand, was perfect for carving fine ornamental detail. In 1791, Edinburgh University Old College building commissioned new pillars for the entrance. Built from Craigleith stone, they stand 22 feet high and weigh over 9 tons each. It was a mammoth task to deliver them from Craigleith to the building site by horse.

The heart of the New Town was complete. There was more development to be done however, and the area north of Queen Street was next for expansion. The final result is the biggest collection of Georgian properties anywhere in the world – within a few square miles. This unique development signified a change in thinking borne from the overcrowded lands of the new town. It put Edinburgh on the map as a capital city to match all others – and its citizens should be justifiably proud.