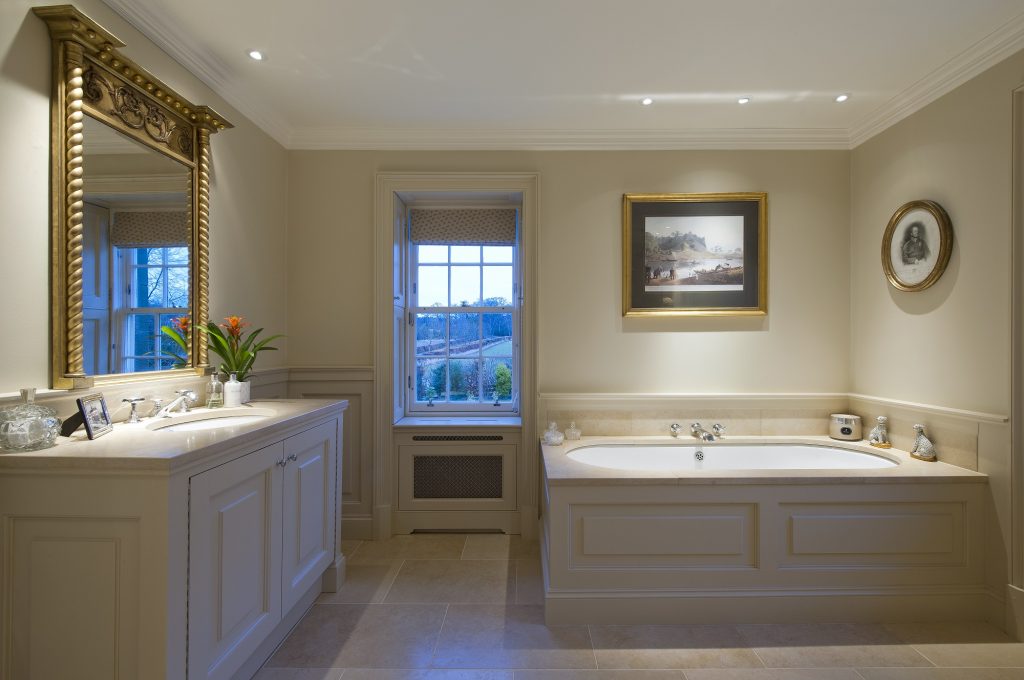 The bathroom (or bathrooms) is a key consideration when restoring an Edinburgh period property. The main question here is ‘what do you intend to do with it?’ That is of course, a rhetorical question however, 21st Century Edinburgh is very different to Georgian, Victorian or Edwardian Edinburgh. Whilst the notion of an authentic period bathroom may seem romantic, modern inventions can be a blessing.  Here, Edinburgh builder, Mackenzie Hughes, gives some tips on restoring a period bathroom alongside practical and modern alternatives.

How do we define a period bathroom?

When we refer to period bathrooms we’re really talking about those in wealthy households during the late Victorian era. Up until then, there was no such thing as a separate room for bathing or personal hygiene. For example, a bathroom would never have been part of an original Georgian property. The main reason for this is that washing wasn’t high on the priority list back then. Many people believed, in fact, that washing with water was a source of disease therefore best avoided. Those who did indulge, did so in the privacy of their own bedroom. A washing basin set on a vanity unit was deemed sufficient along with a chamber pot under the bed. If you’ve recently purchased a Georgian home which has a bathroom fitted, it’s likely to be a more modern addition.

Re-designing a bathroom for your period home

Knowing that there was no such thing as a Georgian or early Victorian bathroom you have a couple of choices when re-designing one for your period home. You can either combine certain styles from different periods; or go for a complete contrast with an unexpected contemporary design.

Original Georgian floorboards are much wider than the ones we have today. They can make a stunning feature if properly preserved and cared for and well worth the investment. Also, why not consider adding reproduction Georgian panelling to the walls for a more period feel? 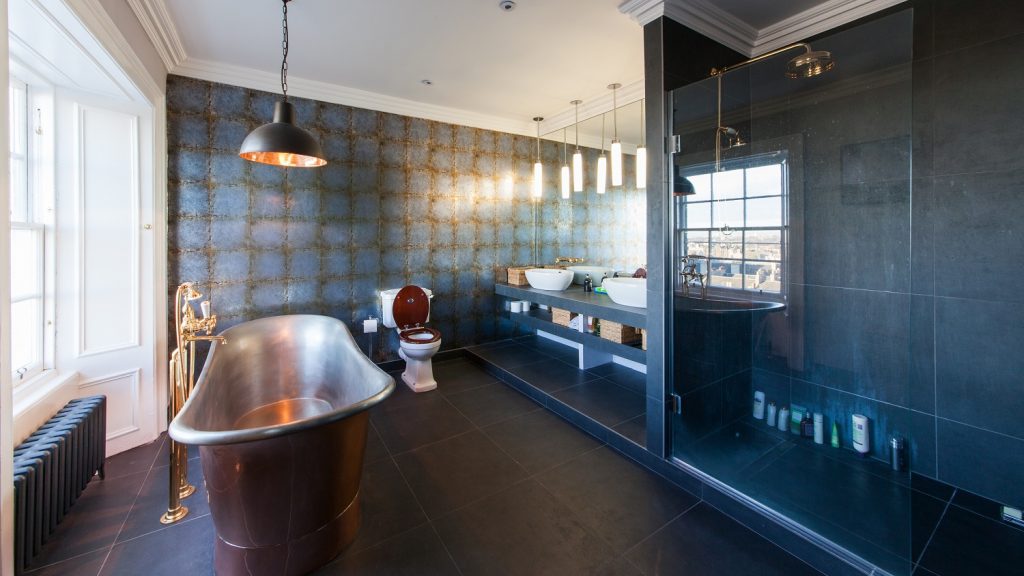 When combining period styles, draw from early to mid-Georgian influences, Regency or Victorian. To create a Georgian look, think about the main themes of elegance and symmetry. The Palladio style played a big part in the early Georgian period so think about Greek and Roman pillars and ornate designs. A replica Georgian vanity unit combined with a white, Victorian roll-top bath with claw feet can look really elegant. Opt for centrally located taps if you would like a French inspired theme. A beautiful Ashton & Bentley Aegean metallic finish bath will deliver a luxury in keeping with the grandiose Regency period? Your toilet and cistern may be of the high-level flush design in keeping with later Victorian and early Edwardian. A low level flush will also add a modern contrast which can work well.

A contemporary contrast for your period bathroom

You don’t of course, have to stick to tradition. For a real wow factor, consider a more contemporary bathroom design. Imagine an infinity bath at one side of your bathroom and a Dornbracht Sensory Sky, shower system at the other.  Add some sleek towel rails and underfloor heating for added warmth in the winter. Combine these with a steam-free mirror and an integrated music system and your period home bathroom quickly becomes a 21st Century spa fit for modern living.  We’ve come a long way since the chamber pot.